We have been so busy these last few months that I have really neglected blogging.   But I wanted to share with you a job that I did that involved beams.  This house had a lot of beams that were very dark.  They were beautiful but due to the shear number of beams, they felt heavy and weighty.  So we lightened them up but wanted to keep an aged look to them.  So here is the transition.

Here is one of the rooms that had the beams and they went into the next room.  Once again, beautiful but heavy, and it felt like it lowered the ceiling. 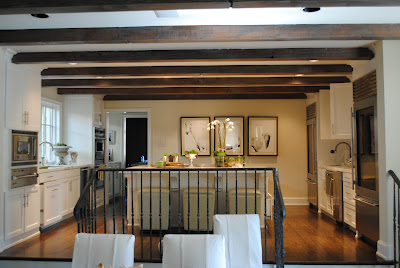 So we went to work.  First, we covered everything to protect floors, walls and airvent. 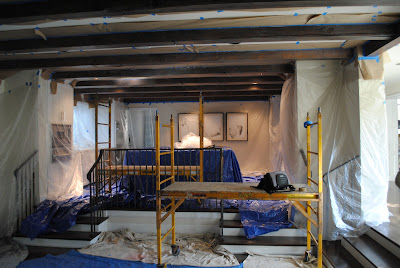 Then we aged the beams to a lighter color but gave them character!  The lighter color literally lifted the ceilings, or so it felt, and opened up the room.  But the integrity of the room was maintained.  The result was fabulous.  This room has ageless character but the beams are no longer  the focus rather an embellishment to the entire style of the room. 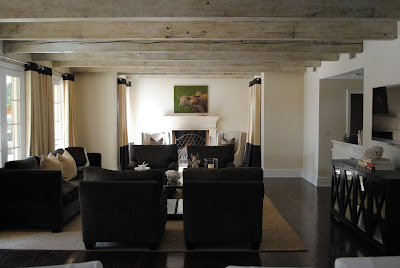 Up close and personal.  Who would ever guess that these are painted? 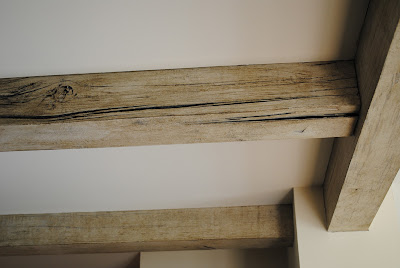